I want to share with you an amazing trip I just returned from.

First, I traveled to Cologne Germany on October 3 and met our Germany Chapter Leader and Board Member, Christina Haenlein, and her Chapter for dinner, enjoying a delicious vegan meal. The next day we drove across Germany to Berlin where I gave a talk at Das Buddhistische Haus, the oldest Buddhist monastery in Germany. The abbot is Tissa Weeraratna, the brother of our Colombo, Sri Lanka, Chapter Leader, Senaka. A large and active audience attended with Christina doing the German-English translation.  Also present were Gerhard Weissgrab, our Austria Chapter Leader and the President of the Austrian Buddhist Society, who flew to Berlin from Vienna so we could meet. Another friend, Gunnar Ganzhorn, the President of the German Buddhist Union, flew to Berlin from Bavaria. My public talk, entitled “What the Buddha taught about our relationship to Animals” was about DVA and how the Buddha’s teachings should lead us to be vegan/vegetarian.  At dinner, Christina, Gerhard, Gunnar, and I talked about how to spread DVA’s message in Germany and Austria. The following night I was interviewed by a reporter for Germany’s most respected Buddhist publication, Buddhismus Aktuell.

While in Bath, England I visited with our England Chapter Leader Denise Jones. Over lunch on Oct 9, we discussed our Chapter, meeting again the following day with Chapter members to discuss our Eyes and Ears program involving Buddhist Centers in England. We also connected on Facetime with a Chapter member who was medically unable to join us. 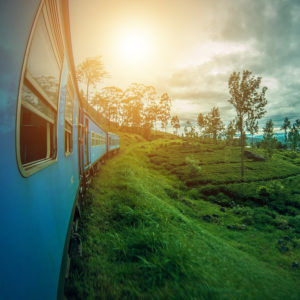 The next segment of my trip on behalf of DVA was from October 17-24 in the Buddhist country of Sri Lanka. I visited Sri Lanka on October 17 and was met at the airport by DVA Colombo, Sri Lanka Chapter Leader Senaka Weeraratna and DVA activist Iranganie De Silva. Some members of our Colombo Chapter instrumental in planning my week joined Senaka and me at my hotel for dinner. Lakmali Udugampola, our Chapter coordinator, was with our group and should receive our deepest gratitude for all her hard work and leadership which resulted in a most amazing week!

DVA’s inauguration of our Colombo Chapter was later that afternoon and was a huge success! With television cameras rolling and a room packed with newspaper reporters and DVA supporters, our three hour ceremony began. Among the very special people who joined us at the Dharmavijaya Foundation in Colombo were: the Most Venerable Thirikunamale Ananda Thero, who spoke first and administered Pansil (the five precepts) which includes not taking the life of a living being; the Venerable Vajiraramaye Nanasiha Thero, former member of Parliament; and the distinguished current speaker of the Parliament of Sri Lanka, the Honorable Karu Jayasuriya. Dr. Damayanthi Perera, a nutritionist, gave a power point presentation on the health and environmental benefits of a plant based diet. Senaka Weeraratna, our Colombo Chapter Leader, introduced me before I gave a 35 minute keynote address about DVA’s mission to remind Buddhists of the Buddha’s teachings to not harm or cause others to harm animals, about not eating animals and avoiding all animal products, about the accomplishments of DVA, and about the critical importance of passing the Animal Rights/Welfare bill that has been languishing in Parliament. This bill was the subject of our petition posted on our website urging Sri Lankan authorities to pass the bill, which over 2,000 people around the world signed. I was prepared to present to Sri Lanka’s President Sirisena our petition along with the names and addresses of all those that signed, but scheduling conflicts prevented him from meeting me. His secretary phoned me to express the President’s sincere regrets and hope that we  meet soon.

Senaka and I drove from Colombo to the historic city of Kandy for the inauguration of our Chapter there.  114 people, including six monastics, attended, along with the press. After inspiring remarks by Dr. Saman Nanayakkara, Senaka Weeraratna, our Colombo Chapter Leader, gave a compelling talk and introduced me. I spoke about DVA’s mission, our 20 Chapters around the world, and the Buddha’s teachings on ethical eating, before introducing the Kandy Chapter Leader, Dr. Chamith Nanayakkara.

Chamith then addressed the audience while food was served to everyone. Dr. Jivaka Bandara and Dr. Saman Nanayakkara generously supported our event. Several of the top monks in the country attended, as did a large group of dedicated medical professionals, who along with their colleagues, have spayed and neutered 600,000 dogs! In Sri Lanka the government pays for this.

During the next two days I visited the world renowned Temple of the Tooth in Kandy and the Wilpattu National Park where I saw, in the wild, monkeys, a boar, antelope, a wide array of magnificent birds, mongoose, and a leopard and her two cubs!!

After several DVA lunches and dinners during which I met many of our chapter members, including those who helped plan my itinerary, I gave a public talk at the Girls Guides meeting. The Girls Guides are the equivalent of western girl scouts and brownies. There were 120-150 in attendance including teachers and parents. The audience was a diverse group including a majority of Buddhists, as well as Muslims, Christians and Hindus. My talk stressed compassion, a central teaching in all religions. A beautiful printed program in Sinhalese was given to everyone. After my talk, I autographed programs for most of the audience. I felt like a rock star for about 60 minutes.

Cooperating with a DVA Dharma Teacher and Spokesperson

I also spent some quality time with Bhante Pannawansa Thero, who has been a Buddhist monk in Sri Lanka since he was 12, some 18 years. The Venerable will be giving talks on behalf of DVA throughout Sri Lanka in the official language of Sinhalese and perhaps in other countries in Asia about our central message, ethical eating according to the Buddha. The Venerable is an honors graduate with a BA from Sri Lankan Government University and has been a lecturer about the Dharma & Pali in a leading Pirivena.

Finally, the Daily Mirror, perhaps the foremost newspaper in Sri Lanka, published an extremely favorable editorial.  Notwithstanding several mistakes/misprints, such as saying that I am from Santiago rather than San Diego and that I was a “right to life” lawyer, the article is extremely compassionate and supportive. See you for yourself here.

I had an amazing trip to Sri Lanka which helped create and support our new Chapters in Colombo and Kandy, and our message on behalf of animals. I love Sri Lanka. What an amazing place! My deepest gratitude to everyone who came out in support of DVA!

My deepest gratitude also to our dedicated Chapter Leaders and members in Germany, England, and Austria. Keep up the great work on behalf of animals!